There are those who think that tribal tattoos are tattoos that are out of fashion, but nothing is further from the truth. Tribals still like many people and it is that fashions are very relative since some tattoo design that some people may stop liking, for others however, They can still be the most attractive designs to tattoo on the body.

Tribal tattoos on the arm are a type of tattoo that is usually carried by men, but women can also carry it if they like. In a matter of taste there is nothing written and what matters is that the person who gets a tribal tattoo on his arm feels comfortable with his tattoo.

The tribal ones can also be very beautiful and aesthetic if they are done with a good line. Tribal tattoos have a long history and there are many people who over the centuries have made this type of tattoos. That is perhaps why, to this day, tattoos are still in high demand by people, both men and women of any culture or part of the world.

There are many styles that you can find and it will depend on your tastes if you choose one or the other. If you like a design you can adapt it to your body so that it fits well. Tribal tattoos on the arm are a good option and you can choose the area of ​​the arm that you like the most. There are even those who tattoo the tribal in the form of a bracelet so that it fits well around the arm. Choose the design that you like the most and then, choose a tattoo artist that you like and that you know that his style suits your tastes. A tattoo of a tribal on the arm, if you like tribal and their origins, it will be a very successful tattoo.

Types of tribal tattoos for the arm

As we well know, if there is one of the creatures that are part of fantasy and mythology, these are dragons. We have seen them in many ways, especially on the small or big screen. But now they pass onto our skin in the form of tribal dragon tattoos. There are many meanings attributed to them, since it depends on the culture. 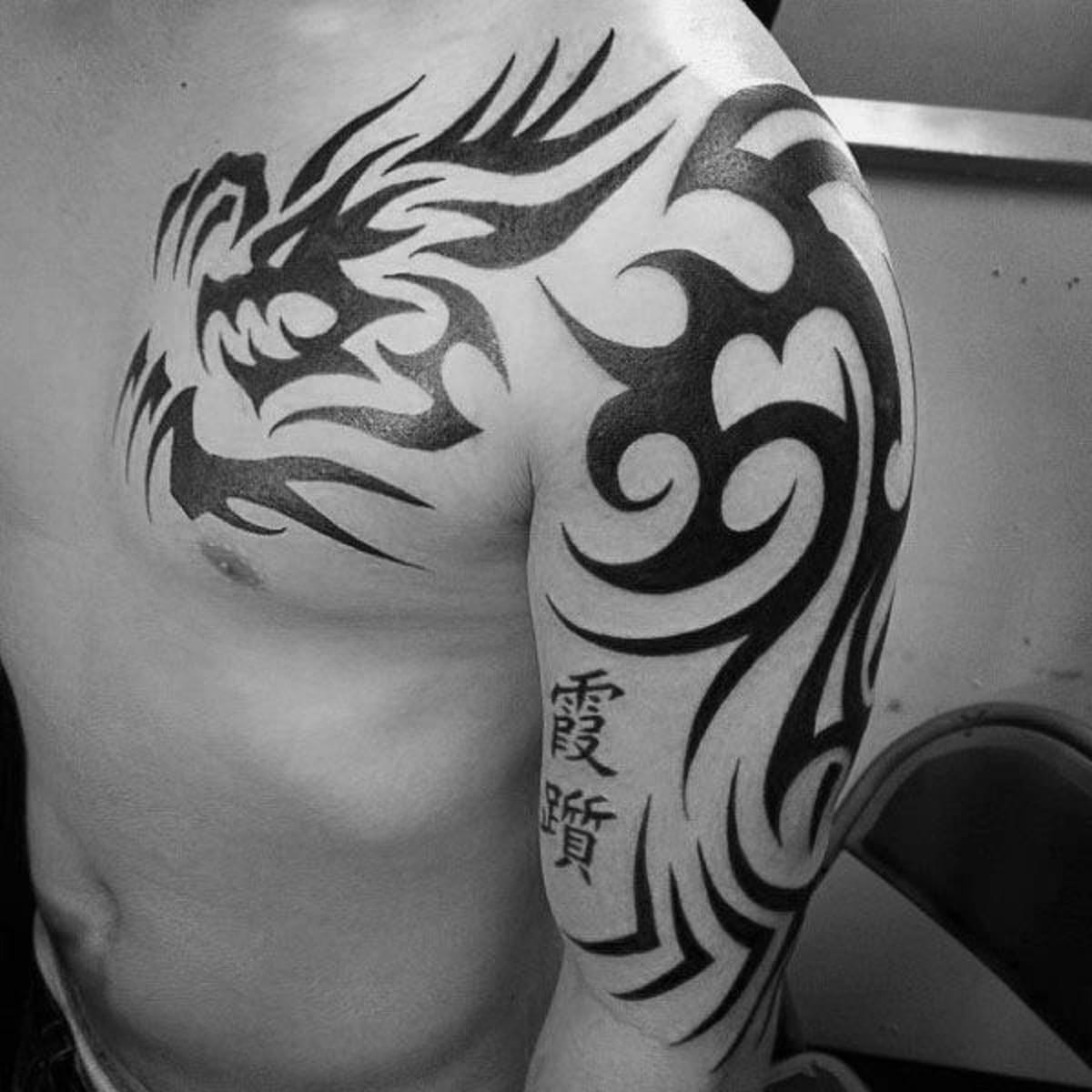 For some it was synonymous with creators or protectors, but for others, their relationship was closer to death. Of course when we talk about the tribal dragon tattoos, we can adjust it to the connotations that we like the most and also to the size we want, depending on the part of the body where we are going to take it. The options are many and varied. But all of them remain with the symbolism of always being in control.

How could it be less, the lion is one of the most powerful animals. Hence, they have classified him as the king of the jungle. It is common for it to be linked to strength or courage as well as power. The tribal lion tattoos they also make a representation of all these characteristics linked to the more spiritual world. Therefore, we must always keep in mind the lines and shapes that are going to designate an animal like this. You can choose to wear only your face or the full body for greater beauty on your skin.

It is one of the most viewed options when we talk about tribal tattoos. The chains can decorate various parts of the body but of all of them, the arms are his favorites. Certain paths are interspersed and sometimes they even look like thorns, so their connotations will always vary there. It is true that as a general rule, chains are synonymous with being under a certain oppression. But also that we can give it the meaning that best suits each one. Since the tribals do not have those finishes as closed as the basic chains. For this reason, freedom and beliefs are what invade him.

The Mayans wore numerous tattoos and each of them had a new meaning. Its symbols have remained for many more years and that is why the tradition is still maintained today. Both protection and spiritual beliefs were the great meanings of his tattoos. Animals or the earth and the sun also appeared among them. Prosperity and changes are also symbolisms that come from them.

Full path to article: Tattooing » Tattoos on » Tribal tattoos on his arm